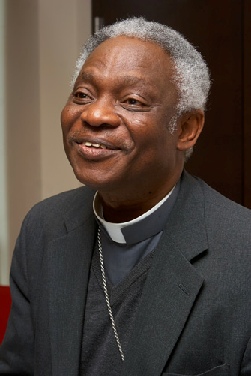 Eminence, you come from a large family. What are your memories of childhood?

Yes, I descend from ten siblings. We were six brothers and four sisters. They called me „the youngest of those who were born in the new place.“ Parents moved to the region where the newly opened mines were located and where the feature of better work prospect was shaping. My parents were very modest and simple people. Father was a carpenter. Parents had no education, and they could only speak our tribal language Fante. Although they did not have any education and disposed with very little material resources, they raised ten children. At first, my father did not agree with the fact that my sisters would attend the school, too because he was convinced that they will get married anyway and that they will not need education, but fortunately, he has changed his mind. And so all ten of us have achieved some level of education.

As a family, were you missing something from the material aspect?

Although we lived humbly, we did not feel poor. We had a place to live, we had food to eat everyday which was not always usual in other families. We were looking forward to Christmas because we always got some new clothes or shoes to wear. I was 12 when I got my first shoes. Until then, I walked barefoot. To school as well.

What school did you attend?

In a region where we lived were English types of schools. When we finished primary education, we had exams in order to enroll to high school. It was at the age of twelve. I did the exam, but in the end everything ended up differently. Where we lived, there was not a parish. The priest came only occasionally. We had to walk about six kilometers to attend the Mass. Once, when I went to church I saw a notice on the bulletin board that if someone feels called to the priesthood, he should join. I did not even have a piece of paper with me. I wrote the address on the palm of my hand. After returning home I wrote a letter to the address that I would like to become a priest. The priest, who was Father Superior in a small seminar, visited our family to see the environment from which I come and consequently he invited me to the seminar. 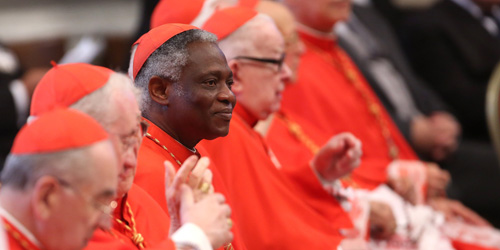 It was therefore a strong belief that the priesthood is your way?

Not at all! I had to decide between high school, where I did the exams, and seminar. My dad made it all even more dramatical. He called together the whole family and in front of all I had to express which path I have chosen to follow. I was twelve years old and I have chosen the path of priesthood, although I loved science! Mathematics, physics, biology ... I could have studied all of that in high school. The seminar was the way of philosophy and theology. If you only knew what a difficult choice it was!

Which way then did your path lead you to the priesthood?

After a small seminar, studies in the big seminary followed. Philosophy, theology. After two years of studying philosophy, Bishop sends me along with another classmate to study in the U.S., to New York, to the Franciscan brothers. I studied theology for four years there and I also received deacon ordination there. However, I was longing for receiving the clerical ordination at home. It was in 1975.

Did your love to science meanwhile disappear?

By far not. Archbishop asked us before the ordination in which major we would like to continue our studies. The classmate chose psychology and the Archbishop immediately approved his choice. I was hoping that the time to return to physics and mathematics has come. So I presented my proposal to the archbishop so that I could study it and later become a high school teacher in this sphere. The Archbishop said that he will consult it with my professors. Again, however, it did not pass (laugh). Professors told me that it would be a loss for theology, if I had studied other things, because I am allegedly good in it. 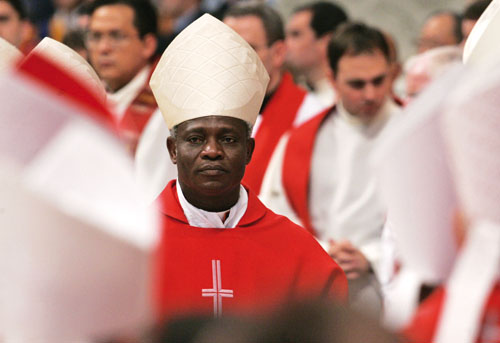 Did it mean the end of hopes for your scientific career in the area of mathematics?

I did not give up so easily that’s why I made another attempt. I told the archbishop that I chose the study of The Holy Scripture in Rome. I told myself that it is so far that I would have to move from New York to Rome and I was sure he will certainly not send me there. But he did ... So I received a license in Rome and after six years of teaching in Ghana I returned back to Rome again and I achieved a doctorate from the study of The Holy Scripture.

Immediately afterwards you were appointed as archbishop.

It was at the end of the studies when the archbishop tragically died in a car accident. I was at hand so they chose me to take his place. I became an archbishop. Slovak Cardinal Tomko, then the Prefect of the Congregation for the Evangelization of Peoples told me the intention of John Paul II.  to appoint me as archbishop of the Archdiocese of Cape Coast. In March 1993, I was consecrated and a new period of my life has begun. Ten years later.