INTERVIEW with the COUNT of ŠTERNBERK

ZDENĚK FILIP MARIA EMANUEL JIŘÍ IGNATIUS STERNBERG WAS BORN ON AUGUST 15, 1923 IN PRAGUE, AS THE DESCENDANT OF AN ANCIENT NOBLE FAMILY STERNBERG, THE OWNER OF THE CASTLE ČESKÝ ŠTERNBERK AND CHATEAU BREZINA. HE WAS BORN AS THE SECOND CHILD AND ELDEST SON OF JIŘÍ, COUNT OF STERNBERG AND HIS WIFE KUNHUTY, THE COUNTESS MENSDORFF-POUILLY. 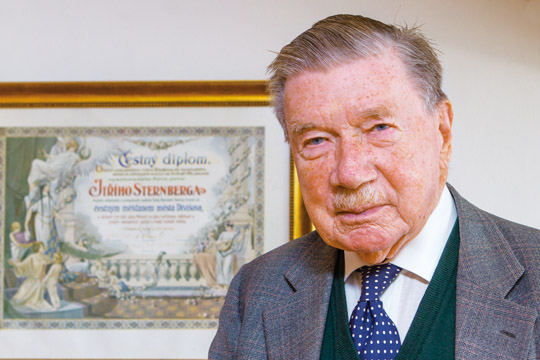 What are your hobbies?

Usually, I only pursued temporary hobbies. In the past, I dedicated myself to genealogy and then to art prints from the 30-year war. The art prints are exhibited at the castle Český Šternberk. I was a philatelist and I also invested my time to mineralogy. During my stay in Austria, I enjoyed photographing, too. From the sports, I played tennis and hockey. I was a member of the hockey team Český Šternberk. In addition, I was engaged in falconry, about which I also wrote a publication.

Did most of your siblings emigrated abroad after 1948?

My brothers emigrated in 1948 after the so-called Victorious February and settled in Westphalia. Emanuel has already died, Filip still lives there and works at his farms and forests. Older sister Anna died in Innsbruck 4 years ago. Another sister Terezie remained in Czechoslovakia, lived in Prague and died more than two years ago. She worked in the antique shop with historical literature.

Is it true that your mother came for a French aristocratic family Mensdorff-Pouilly?

Pouilly is very old aristocratic family line which came to Central Europe after the French Revolution. They got the name Mensdorff there but also kept the original Pouilly. The head family estate was in Boskovice in Moravia, where some descendants of Mensdorff family line are still live. My mother was from the other line which came from Chotělice in Nová Bydžova. My mother returned to Czechoslovakia where she lived for many years with my sister Karolína, after marriage named Wratislavová, who now lives in southern Czech republic. My mother died in 1989.

It is known that after the coup in 1948, your father became a castellan on its own castle...

Yes, it is a rarity that the communists have allowed my father to perform the function of castellan and guide. It was an exception that was enforced by local citizens. My father died in 1965 in South Tyrol, in today‘s Italy. Father received a permission to travel to Austria after many years where my sister Anna lived. She placed him into sanatorium in South Tyrol, where he died.

Your mother had an interesting name Kunhuta which had more female members of your family ...

The Kunhuta name was once widespread international name. This name is not directly related to Sternberg family line. 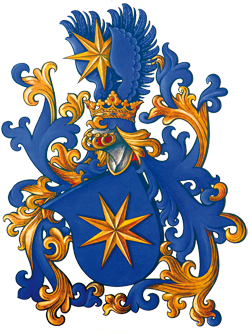 What interests your son Philip Sternberg?

My wife Alžběta (1928) comes from Munich, but was born in von Berg. She comes from Červené Pečky near Kutna Hora. My wife lives with me at the castle Český Sternberg. She avoids photographers...

In 1968, you left for Austria where you worked in the famous food combine.

Yes, I was working in Vienna as Deputy Director General of food combine Mautner-Markhof, which does not exist anymore.

Near the castle Český Šternberk lives your nephew Jiří at the Jemniště chateau.

Yes, chateau Jemniště is a baroque palace from the 18th century, only 20 km from the castle Český Šternberk.

In 2005, you were awarded with the Medal of Merit II by president of the Czech Republic. For which activities have you received this award?

I dedicate myself to promotion of Czech cultural monuments and for this work I have received the award.

Yes, it was our property which due to different marriages became the property of other family lines already in the 14th century. At the end of the 17th century, Lichtenstein’s finally got  the castle which was expropriated after World War II. by state. 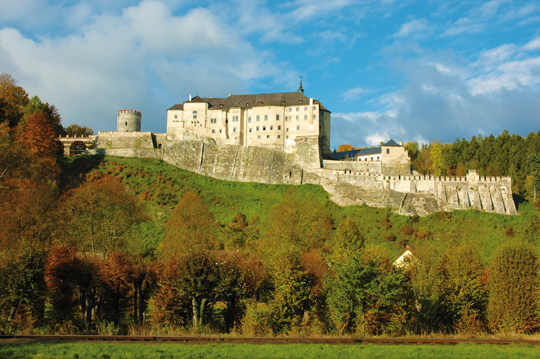 And what happened to the Sternberg Palace in Vienna?

My father sold this palace, which is located in the center of Vienna on 43 Ungargasse, in 1919 or in 1920 to the owner of Jewish origin. It was just after the demise of the Austro-Hungarian monarchy, when the site of Vienna lost its meaning for the Czechs. After the outbreak of the World War II, Hitler confiscated the palace from the Jewish owner and gave it to Mussolini. Since then, it is in ownership of Italy and at present, the Italian Cultural Centre resides there.

We had two palaces in Prague. One at the Malostranske square which Leopold Sternberg has sold in about 1910 to administration office. Well-known members of the Sternberg family line Kašpar and František Sternberg lived in this palace. Kašpar was an important scientist who founded the Museum of Czech Kingdom. František was the founder of the society of patriotic friends of the arts, out of which the National Gallery has later been found. Furthermore, the great palace at Hradčany was, where the National Gallery resides today, the exhibition of ancient art. The chateau is located next to the Archbishop‘s palace. The palace was built by Vaclav Vojtech from Sternberg who also built the Trojan chateau (Troja near Prague).

What are your current plans with the Český Šternberk castle?

I would like to gradually recover and improve the castle and forward it to the next generations. I do not have any interest in assets ambition; I rather feel satisfaction that we have managed to fix something. More than 100,000 visitors from around the world annually visit the castle. We have 15 exposures that are available to the public.