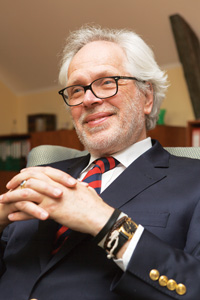 With full name Maria František Jan Emanuel Sylvestr Alfons Kinský. He was born in 1947. He is a descendant of an ancient noble family Kinský. Kinskýs‘ belong to the most branched and as well to the most important Czech aristocratic families. The roots of the Vchynský family (from the 17th century Kinský) are from the neighbourhood of Litomerice since the early 13th century. Kinský owned palaces in Prague, Vienna and castles in many cities and towns in the country. Chlumecká branch of the Kinský family successfully bred a riding horse, which was named the Kinský horse. The establishment of breeding was already done in 1832. The most important person in the development of breeding was count Oktavian, who founded the stud Island. Oktavián Kinský co-founded the Great Pardubice, the toughest horse race in the Europe. The first race was held in 1836 at his Chlumeckého estate. Thanks to the activity of prince Francis Liechtenstein, these races were moved to Pardubice.

The Kostelec nad Orlicí dominion was bought in 1796 by count Josef Kinský from the counts Cavriani. In the year after buying the farm Borovnice, 24 municipalities then belonged to the estate. According to a proposal of Viennese architect from Kinský family, Henry Koch, a new empire style castle was built between 1829 - 1833. The castle was nicknamed a “Cherry Castle” by the wood of the furniture. The owners were one of the first to use a bathroom with running water in the Czech Republic and also with a warm air heating. A 46-hectare English park was founded together with the construction of the castle. 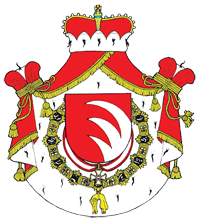 Žofia Chotková was born in Kostelec, she was a later wife of the successor to the Austro-Hungarian throne Franz Ferdinand d’Este. The formal reason for the Second World War was their assassination in Sarajevo. There is a beautiful library with very valuable pieces of work in the castle, such as a unique book of Jean-François Champollion, the founder of Egyptology and discoverer of Egyptian hieroglyphs. It is an extensive book with beautiful illustrations, which was written by Champollion during his stay in Egypt with Napoleon Bonaparte.

A father and count Josef Kinský, mother and countess Bernadeta Merveldt. He has a wife Martina, a daughter Barbora and a son Kristián. He studied at the Faculty of Journalism at Charles University. He worked in advertising, most recently as creative director of a multinational advertising agency Ogilvy&Mather. In 2003, his father Josef Kinský entrusted him with the management of the family property. František completed the reconstruction of the castle in Kostelec nad Orlicí. František is a renaissance man. He owns castles, sand pits, forests, fields; he is a builder, a gardener, a gallery man, and an expert in history and art.

A liechtenstein princess Maria Aglae Kinská is also your relative, a wife of count of Liechtenstein Hans Adam II.

Yes, I visited her during my stay in the Alps at their castle in Vaduz. I reported myself to guards, and Maria Aglae was just rushing to some kind of party, but after a while, count Hans Adam came to greet me in his slippers. He showed me the castle and around it and also the room where the Liechtenstein government meets. In the middle of the room was a large table with several chairs from IKEA. It was a very nice visit.

You seem like a very relaxed and cheerful person. You wear an image glasses, on your pinky finger you have the ancestral ring, and on your wrist you have many rubber bracelets.

I like the tradition, but also contemporary things. It is a sealing ring and it is a memory of my father. Some of the bracelets that I wear I got from my granddaughters, so they are also associated with memories of the people that I love. And that’s delightful.

You are a cohesive family that often meets?

My daughter Barbara lives in Prague, and she is married and has two young sons Maximilián and Alexius. Both play football. She drives them to all school matches. She is married to an advertising graphic designer Jaroš. She is a translator, and specifically she translates movies from English and as well she works as an interpreter. She comes to Kostelec quite often. My son Kristián lives in Kostelec nad Orlicí for more than six years, he is single and he is in charge of the castle restaurant Tonio, named after my brother who died. His desserts are declared. He enjoys riding a motorcycle, a travel enduro BMW. He is going on a trip to Latin America in the footsteps of his grandfather from his mother’s side Forejt, who was an adventurer, lived with the Indians and also wrote several books.

What about your wife?

My wife Martina lives on our second estate in Dobrichovice and at the end of the week she comes here to Kostelec. We can say that we have a weekend marriage, but it works. My wife and son are in the media seclusion. They enjoy it.

What is your relationship to the asset?

The asset is not only something material, it is also a heritage, and liability towards the future. For this reason, on many business cards from noblemen you will not find their formal title, such as the count, but rather the word manager. I am also a manager and as I have the responsibility responsible for what I inherited and also for what I leave for the future. I cannot only think of the present, and that is perhaps, how my attitude towards the entrusted property is different.

Yes, it is still in my head. Why to travel to France and admire their local castles when we have something similar to that, and of course, far closer to our home in the Czech Republic. The castles in southern part of Czech Republic and southern Moravia are quite popular, but you will never find such a concentration of beautiful castles than at our beautiful region in Podorlicku. What’s more, most of them are under private ownership, so we are dealing with beautiful however anonymous state castles. 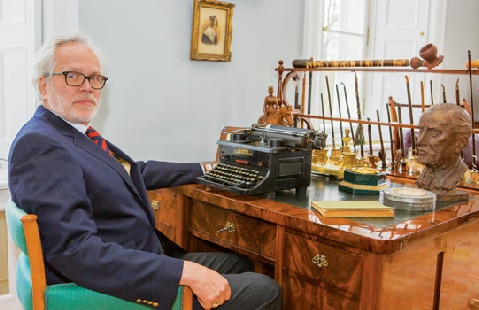 You are a creative person. You have worked in an advertising agency for many years. Now you are managing the assets. You have two thousand hectares of forest, you rent the properties, own sand mine, brick factory, you run a restaurant and cafe, you are going to build multifunctional cultural centre at the castle. What is more satisfying for you, the work with advertising ideas or the actual work on the property you own?

When I was finishing in advertising, I really had an internal crisis from the vanity and from the incredible energy inserted into the banalities, into assumptions where all pretended to be essential to life. Nobody told me then that what I am doing is nice. Today, when I walk in a sling and around the castle people stop me and tell me how beautiful it is here and what we were able to accomplish here. I’m glad we did not let it to deteriorate and to become desolated. Those ordinary praising phrases from the visitors, that is a great reward. Nowadays, I am also carrying out the function of the Mayor of Kostelec nad Orlicí. Thanks to this function, I can effectively contribute to the development of not only the town but also the entire area of Podorlicko. I would be happy if the multifunctional centre in the new empire castle gained renown in the Czech Republic.